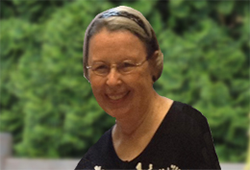 When the late Dorothy Burleigh was a child in the early 1940's, she earned a five-cent weekly allowance. Of that, she would give a penny to the church each week–a double tithe or 20 percent.

As an adult, she confessed she took a hiatus from tithing. "I was married to a farmer and raising a family in Opelousas. A farmer's income just isn't dependable, and we probably gave more time than money to the church," she claimed.

In her later life, she did a good job catching up.

"Looking back on my life, I felt like I owed the church," she said. Wanting to give back, she thought about different methods of giving.

She considered making a charitable gift through her will, but was concerned that it might appear to her children that she was taking something from them. So Dorothy and her advisors had a better idea.

"I established a charitable gift annuity, so the gift is set up before I die instead of after." The income rate on the annuity was far better than she could earn by investing it in stocks or bonds, and it allowed her to support the Louisiana Methodist Children's Home, the beneficiary of her gift, forever.

The process of setting up a charitable gift annuity was easy, and it paid her an attractive rate of income–partly tax-free for the rest of her life. When Dorothy died, the gift became an endowment at the Foundation, and income from that endowment now benefits the Louisiana Methodist Children's Home.

Dorothy liked the idea so much she ultimately set up three charitable gift annuities. She felt that even though she was the one to make the gifts, she was the one benefiting.